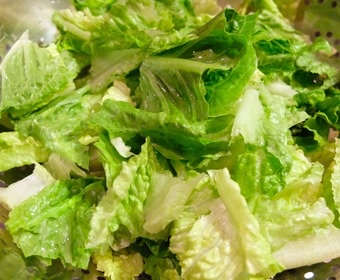 In the kitchen, ”bitter” is the name given to a ”dry” (although not as in wine, which has to do with an absence of sweetness) and ”rough” (as in sandpaper) taste sensation.

A tricky taste to master

Excessive bitterness can be an overwhelming and unpleasant experience. Examples of bitter foods are dark chocolate, beer (hops), coffee, many kinds of salads, and quinine which is found in tonic. A sensation of bitterness is originally a warning sign that a plant may be unripe or even poisonous. Many plant poisons are bitter.

Bitter is probably the taste least used in cooking ­– even if most green leaves that we eat raw are naturally bitter.

One theory is that a deficit of bitter flavors in modern food – where sugar and salt reign supreme – is the reason why many people like to overindulge in chocolate, coffee and beer, all of them bitter in taste.

The bitterness found in many greens is often there to discourage animals from eating them. Bitterness is found naturally in vegetables and herbs that grow within reach of hungry herbivores, for example endives, radicchio, frillice lettuce, brussels sprouts, wormwood and hops.

Bitter as in ”aperitif”

It is an old belief that bitter ingredients can aid the digestion process. This is why many aperitifs are bitter. Ongoing research indicates that bitterness may actually have positive effects on digestion, for one or more of the following reasons:

• Bitterness may have a moderating effect on blood sugar levels

Bitterness is also to be found in the tannins of red wine, in tea which has drawn too long, in burned sugar, in dark chocolate and in smoked food.

Immune to salt and sweet

Sweetness does not affect bitterness. For example, using sweet, fat milk in coffee does not remove the bitterness, it only dilutes it. Salt can be used to extract bitter fluids from raw vegetables, but cannot make bitter food more palatable.

Only acidity affects bitterness. This is why lemon and other citrus fruits are traditionally used on smoked fish (which used to be more fiercely smoked than they are today), in poor quality tea, in elderberry juice, and to camouflage the cheap, nasty wine in a Sangria.

Bitterness in good company with umami

Grilled meat with a green salad, slowly braised ox cheeks with carrots, endives with blue cheese: Umami and bitterness can make a fabulous combination. The savouriness (which is the Japanese meaning of the name) of the umami is even more enjoyable when served “in opposition” with bitterness.