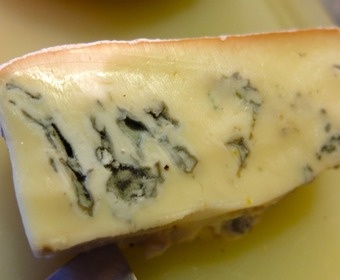 Umami is a newcomer among the one-dimensional tastes, probably because it is both hard to isolate on the tongue and hard to describe with words. The Japanese name for this taste has come to be accepted worldwide and means “savoury” or “good/fresh taste”.

In Asian kitchens umami has long been considered a taste of its own. The taste of umami is pleasant, rounded and broth-like, and fills the oral cavity. The mouthfeel is soft, velvety, full and satisfying, signaling that the morsel of food contains valuable protein. The miso soup you are served in Japanese restaurants represents umami in an excellent way.

Umami is associated with rich meat flavors. It is intensive in, among others, anchovies, fish sauce, broth and aged cheese. But umami can also be found in greens, it is what gives tomatoes a taste dimension that is lacking in “ordinary” seed bearing pods. The taste of umami can be made more intensive by fermenting, for example soy beans and mushrooms to make soy sauce.

It can be awkward to describe the taste of umami as it primarily enhances other tastes. As salt awakens the taste buds, umami makes protein taste more protein. Umami also has an ability to increase the mouth’s production of saliva, it literally “makes your mouth water”.

Found in tomatoes and potatoes

Tomatoes are beautiful to look at and taste good, but it is probably their high content of umami – especially when cooked – that has made them so popular around the globe. Potatoes, too, probably owe their worldwide popularity to umami.

More research needs to be done, but at least in Asian kitchens it has long been known that monosodium glutamate (MSG) is one of the substances that the taste buds experience as ”umami”. Monosodium Glutamate (MSG) is found in fermented soy sauce and also in matured cheese – not least parmesan cheese.

Another substance – there are indications that it needs to be combined with glutamate for full umami effect – is inosine monophosphate (IMP) which is found in meat and fish. An example of a successful pairing of the two:

When you eat sushi you dip IMP (in the fresh fish) in MSG (in the matured soy sauce). The result in your mouth is a very satisfying moment of umami heaven.

There are many rumors concerning MSG, but you are almost certainly not allergic to this substance and neither are your guests around the table. However, adding excessive amounts can have negative effects on both food and health, just as is the case with excessive use of salt and sugar.

The discovery of umami

Early in the last century the Japanese professor of chemistry Kikunae Ikeda discovered that the amino acid known as glutamic acid and its salts give rise to the taste of umami. He then patented a method of producing MSG. This is what you will find in your store under the name of “flavor enhancer”. In pre-prepared food it might be listed as “E 621”.