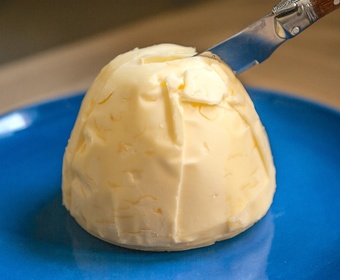 Some flavors are ”under investigation” to see if they can be considered basic tastes. Others are simply important to keep in mind when cooking up memorable experiences in your kitchen:

Is fat a basic taste?

Some research has indicated that fat is also a taste and that lipids have their own taste receptors in the oral cavity. If this should be true, then fatty is the sixth basic taste. Until further notice this is an ongoing debate. You can read more about it here:

Is fat the sixth taste?

Is hot/spicy a basic taste?

According to Chinese tradition, hot/spicy is also a basic taste. Pepper fruits (no, they are not vegetables) in the Capsicum family contain a substance called capsaicin which gives rise to a burning sensation in the mouth. Green pepper, white pepper and black pepper are the same fruit in different stages of maturity and also contain a substance that causes a burning sensation, piperin. Mustard, radishes and wasabi contain isothiocyanates which give rise to a similar “heat”. However, it is uncertain if the hot/burning sensation should be classified as a basic taste.

What flavor is ”metallic”?

Everyone has experienced a ”metallic” or ”blood taste” in the mouth. It arises when receptors in the taste buds pick up ions containing iron or copper. Some argue that the flavor is so unmistakable and widely known that it should be classified as a basic taste, but many scientists claim that the olfactory senses are responsible. Game meats and offal often have a metallic taste that needs to be dealt with by an experienced cook.

From dry to coarse

There is a common sensation in the mouth that is so dry and coarse that it goes ”beyond” bitterness. For example in unripe fruit and in undeveloped wines rich in tannins. The same sensation also comes with rhubarbs and is caused by a substance called calcium oxalate. Until further notice this one is categorized as mouthfeel.

Alcohol as a taste

Alcohol is a well known enhancer of aromas and flavors, but larger amounts of ethanol can have a certain ”taste”. The receptors that pick up this sensation are also involved when the inside of the mouth experiences heat and pain.

There are substances that are experienced as cold no matter what temperature. Mint and peppermint contain menthol that affects receptors – the same ones that react to, among others, wasabi – giving rise to a feeling of coldness and freshness. If concentrations are increased, the sensation becomes more like burning heat.