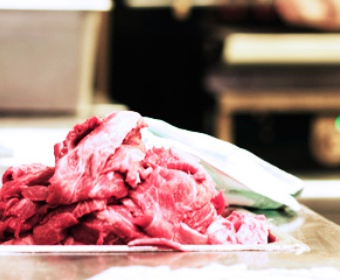 How to prepare meat

Welcome to what may sound the least exciting chapter about cooking, but which professional chefs insist is one of the most important: meticulous planning, foresight and careful preparation are what set apart a top-end kitchen from the rest.

In the kitchen brigade organization, pro’s use the expression "mise en place”, which translates into "assembling everything in one place”. Ingredients and kitchen tools are ready to hand at each workstation even before the cooking process gathers momentum .

When you cook cold meat, it gets a “shock” from the heat, contracts and loses a lot of liquid. Let it rest or stand outside the fridge for at least two hours prior to cooking, which makes it easier for the heat to penetrate evenly throughout the entire piece of meat. The meat should be brought to room temperature before you start cooking.

Chicken and other poultry should not be kept at room temperature for more than 30 minutes before cooking.

Let frozen meat thaw slowly in the refrigerator so that the enzymes continue the tenderizing process without causing growth of bacteria on the surface. Don’t be afraid to let it take several days.

Air out the vacuum

Dry off vacuum packaged meat and let it ‘air’ to get rid of any stale odor. It should disappear after a few minutes and is usually caused by the packaging, not the meat.

Always add salt to the meat before cooking. Pat in the salt all around the piece of meat and let it rest for an hour so that it has time to penetrate. The dehydration effect of the salt is negligible compared to the water that evaporates during the actual cooking.

Do the portioning in time

Estimate 120 to 200 gram per person. Meat consists of 65 to 75 percent of water, a large percentage of which disappears during cooking. The bigger the piece, the easier it is to make the meat juicy. The thinner cut, the more the surface is exposed to loss of fluid. Fat carries taste. Cut away the fat after cooking, not before.

A stew only gets tastier if it is left to rest for a day, but you can also prepare meat for frying: Cook it to a perfect internal temperature before the guests arrive and keep it warm. Then fry it at a high temperature – in the oven or in a pan – to achieve a tasty, dry and beautiful surface just before serving.

Preferably marinate during the one to two hours it takes for meat to reach room temperature. Use sour, water-based marinades – oil does not penetrate the meat and burns during grilling. It is the acid in the lemon, vinegar and certain other substances found in the likes of yogurt, papaya and mango, which have a tenderizing effect on the meat. There are meat cooks who consider that marinades produce a poor result as the effect on the meat is only at the surface, but opinions differ.

'Immersing the meat in brine is the only real marinade.'

Start several days ahead of time

Behind the plate bearing delicious food placed before you on the table in a good restaurant lay days of planning and preparation. What has just taken place in the kitchen, and makes the food appear steaming hot, is just the final stage in a process where the team in the kitchen has made sure that everything falls into place simultaneously.


To reach a result close to a professional level: Start composing your dinner well in advance. Divide the cooking of the food into several steps that you carry out over several days. Plan. Prepare everything that can be prepared. Identify the steps and the ingredients that can be done and prepared in advance, so that you have the time to achieve a better result with what remains to happen the final moments before serving.