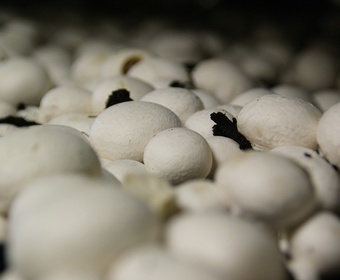 An attempt to summarise the big trends that will probably have some impact during the coming year:

At Professional Secrets we dislike when "trends" get in the way of good food. But no kitchen is an island and we think that these are some developments that might affect your cooking this year:

No matter what you cook, go big and bold on the flavors if you want to be where it's at. You can’t go wrong with Indian street food. Or with the up and coming cuisines from Sri Lanka and Burma. Or you can impress guests with comfy, warming spice mixtures from North Africa and the Middle East: Harissa, ras el hanout, za’atar, berbere, and dukkah. Google ‘em if you are at a loss.

For years or even decades the food industry has been all about adding more: More flavors, more cuisines, more choice, more brands, higher speed, crazier concepts, etc. But that might be over now.

As we want to make less of an impact on the environment (this is the BIG trend, see below) we want less on our plates. Our planet needs it and, probably, our minds too. We want the essence, the best ingredients, rather than the flashy stuff.

Maybe not a trend that will directly affect your cooking, but so big it has to be mentioned:

Soon you will only find plastic straws in museums, but that is just the beginning. Even glass wine bottles are being questioned and you might soon be drinking fine wine from a tap. But how about the packaging we can’t do without? Research is being done into bio-degradable plastics made from cellulose, seaweed, shellfish peels, and any kind of agricultural waste…

GO GREENER – the mother of all trends

You’ve heard this one before, but the trend is only getting started. And it is the mother of almost all other trends this year (see below). Green eating exploded in 2018, not least in Sweden where meat consumption decreased by close to 5 percent. Expect to see this phenomenon all over the world in 2019.

“False meat” a k a “motherless meat” aka “cultivated meat”

Rather than just cooking, serving and eating less “traditional” meat, this might turn out to be the year when you cook your first meal with lab-grown meats. The price used to be astronomical, but now it is rumored that the commercial launch will take place by the end of the year.

Traditionally men eat more meat. But today even dedicated carnivores are being won over by marinated, seared, roasted, and/or smoked, roasted plant dishes rich in umami.

Maybe not in your own kitchen, but this will be the year of vegetarian hamburgers that bleed (beet juice) like meat, haloumi burgers, mushroom bacon, “fooled pork” (see jackfruit), and more.

Mushrooms are rich in umami and can be cooked to mimic meat. “Shrooms” are fast becoming the favorites of meat-conscious chefs and home cooks alike. And there is a wide range to be discovered beyond the homely champignon, starting with Portobello, Fungi Porcini, Shiitake, Enoki, and more. And expect the assortment of mushrooms available in your food store to grow.

Don’t buy it, grow it! The farm-to-table concept is where it’s at in 2019. Easier said than done if you don’t happen to have a farm. But nothing this year will beat inviting dinner guests for tomatoes, chilies or peas grown in your very own back yard.

One of the world’s biggest fruits – which looks similar to, but should not be confused with the offal-stinking Durian – is native to Southeast Asia.

Despite its low protein content jackfruit is often used as a meat substitute and has a stringy texture that – if you stretch your imagination a bit – mimics pulled pork. (Some even say it tastes like meat, at Professional Secrets we would say it tastes more like artichokes). Bets are on that 2019 will be the year when jackfruit goes mainstream

Not just less meat, a lot of people out there are also experimenting with less grains (carbohydrates, in other words). This is the year to swap fast carbs from cereals, rice and potatoes for something greener: Rice made from cauliflower, spaghetti made from zucchini, crisps made from chickpeas. Basically “food hacks“ where one component is replaced by another with fewer calories and more fibers.

Peanut butter is a classic, and tahini (sesame seed butter) has probably been a staple in the Middle Eastern kitchen for thousands of years, but there are alternatives and they are now being discovered and exploited:

Almond and cashew are already making their mark, and you might want to try butter from sunflower seeds, watermelon seeds, or pumpkin seeds the next time you make banana muffins.

Ugly is the new pretty

People are finally realizing that misshapen, imperfect, ugly produce is just as edible as – or even tastier than – the suspiciously uniform, spotless, pretty stuff. “Rescued food” is all about reducing waste without compromising taste.

Actually, people never stopped eating bread. But now even the anti-carb and anti-gluten hysterics are repenting. A new, innovative generation of home cooks with a passion baking are making bread great again.

Breads with more nutrients a lower glycemic index (GI) are the new rage of this health-influenced trend. Some inspiration for the next time you bake: Sourdough and whole grain of course, but also croissants made without butter, and grains like amaranth, kamut, and more

It's not that they didn't make it on our list, it's more like "let's wait and see":

Seaweed and algae, but also all those other plants that grow under water. Caviar made from seaweed makes perfect sense under the umbrella of the trend to go greener…

That fungus-like organism that grows on trees and rocks in the forest. A source of nutrition just waiting to happen, some say.

As this drug goes legal and cultivated in more countries, expect some nutritious and/or tasty part of the plant to end up in your cooking in one way or another.

It remains to be seen if this is really a trend, but at PS we have been hoping for it for years: Eat more goat! (Actually, goat is the most commonly eaten meat in the world, but not in the affluent, western world.)

We thought this was an old trend, but people are still buzzing about it. This time the chickpea paste is apparently destined for desserts…

Is this a trend in itself or is it just a result of the macrobiotic trend with “soured”, stomach-friendly food? Expect more tartness on your plate, they say.

News, comments, opinions, people to watch and whatever might be going down in the world of good cooking.