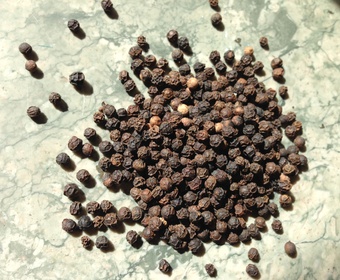 Freshly ground black pepper does wonders when seasoning almost anything, but keep this in mind now that the grilling season is here:

Burnt pepper develops a nasty, acrid flavor. If you want to add a rich, peppery taste to whatever it is you are preparing on the grill – do so just after taking it from the searing heat.

Interested in more grilling tips from the pros? Look up our crash course in grilling. 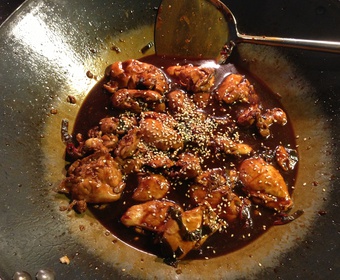 Let’s face it, food is a lot more than just cooking. Food has huge historic and cultural significance. And few places in the world so strongly underline the role food has played in our lives than China, where the art of cuisine has been developed for four or five thousand years.

Few other countries can claim to have made the gigantic contribution China has made to cooking, with countless varieties of dishes embracing aromas, colors and flavors designed to arouse our appetites.
Chinese food taste comprises five classes - sweet, sour, bitter, hot and salty, harnessing seasonings such as soy sauce, sugar, vinegar and salt.

Chinese cooking makes use of any and every part of an animal. And different shapes or parts of an animal can, it’s believed, replenish and strengthen the same part of the human body. So, for example, tiger testicle increases stamina for men, while monkey brains add wisdom.

Variety, some say, is the spice of life. And it China, it’s true, at least when cooking.

One day, when more of us behave like pros in our own kitchen, there will be no need for films like this: