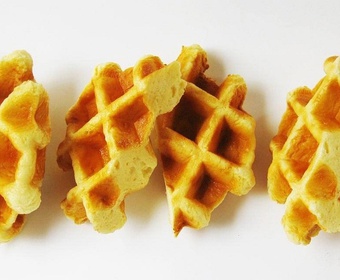 They say the food business is even more obsessed with "the next thing” than the fashion business. According to the BBC, this is what to eat in 2015 if you want to be with the in-crowd:

This combination of chips, gravy and cheese curds is nothing new in Canada. But add a new ingredient or two and eat it on this side of the Atlantic and you’re doing things just right.

Hamburger mania isn't dead yet. You can’t go wrong if you do your own take and serve pork belly, duck or scallops in a bun with veggies and dressing.

The word is a combination of breakfast and dinner and refers to serving the former as the latter. Do you love hotel breakfasts? (Everyone does.) Now you can eat anything with bacon and scrambled or poached eggs for dinner!

This small Baltic country is going to adopt the Euro under the couse of this year. That’s why, according to the BBC, we can expect to see more of what they do with meat and potatoes.

Pig fat is in for it’s first revival since the Second World War. Try it in your traditional cake, for added richness and flaky texture.

As in acidulated, flavorful syrups for cocktails and non-alcoholic drinks. Drinking vinegars preserve fruits and will be adding sharpness to your drinks in 2015.

Whole restaurants with nothing but desserts on the menu!

Biltong, Bobotie and Bunny chow. These South African specilties are all on the rise, the BBC says.

Other trendspotters talk of oysters, but ambitious, twisted ways of serving up lobster (simply boiled is no sport) have also been reported.

Want to give these trends a go? The service-minded people at the BBC have provided recipe suggestions: 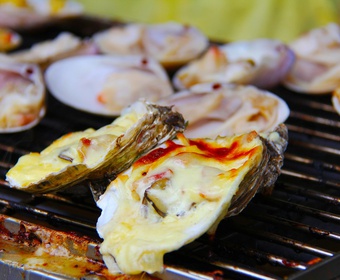 To size it up, in year 2015, the food trends according to international food consultants Baum + Whiteman look as follows:

• A reliable megatrend – to be continued in 2016 and why not 2017 and 2018 as well – is that digitalization will be changing the way you decide on where to eat, how you look up a restaurant, book a table, choose from the menu, compose your meal, take pictures and share your experience on social networks, pay for your meal, and tip (if at all, with all this digitalization going on) your waiter.

• You will be eating oysters. In all shapes and sizes and manners of preparation, with everything from chorizo to vodka.

• The best chefs of the world will continue to experiment with and to combine new flavors. This may come as no surprise, but it means things must get even more extreme to make an impression on your restless palate. According to this attempt to gaze into the future of foods and flavors, the key word is "beyond".

• Say goodbye to multi-star fine dining and say hello to gastronomic experiences that involve all your senses. It has been discovered and proven that much more than just the flavor influences how you actually experience said flavor. The appearance, color and smell of the decor, the size and shape of plates and cutlery, and the sounds coming from the system all have proven effect...

• And – you've heard it before – it really is about time we started munching on insects. You don't have to serve them stir fried, adding them in powdered, protein rich form to make vegivore bread and cupcakes will do.

For full details go to http://www.baumwhiteman.com/2015Trends.pdf