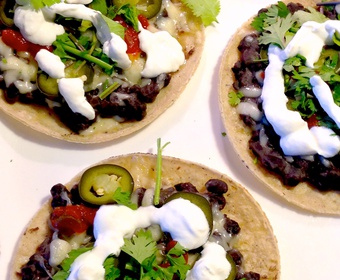 The latest food craze sweeping America right now is seeing the reincarnation of the old chuck wagon that fed cowboys on the cattle trails. The modern version is the travelling kitchens popping up on every street corner offering what a recent foodie article in Britain’s prestigious Sunday Times dubbed ‘high concept food in a low concept form’.

Writer Amanda Foreman called the new food truck phenomena ‘the greatest revolution since the invention of the sandwich’. From California to New York State, modern food trucks are serving up high-quality fast-food from Korean, Middle Eastern or Columbian inspired mobile eateries. The popularity of one food truck resulted in owner Roy Choi being named one of the best new chefs of 2010 by Food & Wine magazine.

There’s even a new film out called ‘Chef’ telling how a down and out former top chef transforms his life in a food truck. At first look, the food truck revolution may seem contrary to all that defines a foodie. Yet it’s also evidence that high quality food can be served cheaper and faster, if given some tender, loving care, and may help spark even wider consumer interest in healthy eating. Yes, even when served from trucks bearing names like Kogi Korean BBQ-To-Go.